The requirements on reporting gender pay have been set by the Government under the Equality Act 2010 (Gender Pay Gap (GPG) Information Regulations 2017).

The majority of our staff are on ‘Agenda for Change’ Terms and Conditions of Service, a national evaluation framework and pay structure which determines pay bandings.  Within each band there are a number of incremental pay progression points that apply to both men and women, which can take up to 8 years to be realise the top of the band.   Under the right circumstances this can be a contributing factor to the gender pay gap.

Healthcare is delivered 24/7, 365 days of the year, this results in some staff working unsocial hours, being ‘on-call’ and working public holidays, in recognition of this they receive enhanced pay in addition to basic pay. This mainly applies to clinical staff and some non-clinical senior managers and is another contributing factor to the gender pay gap. 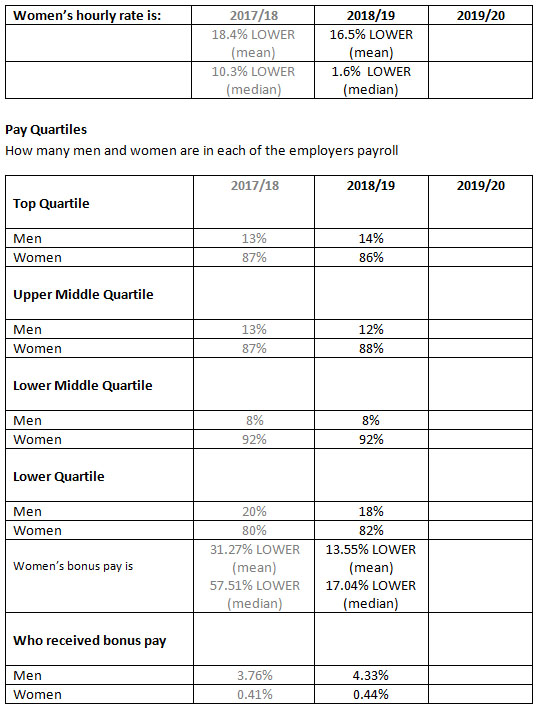